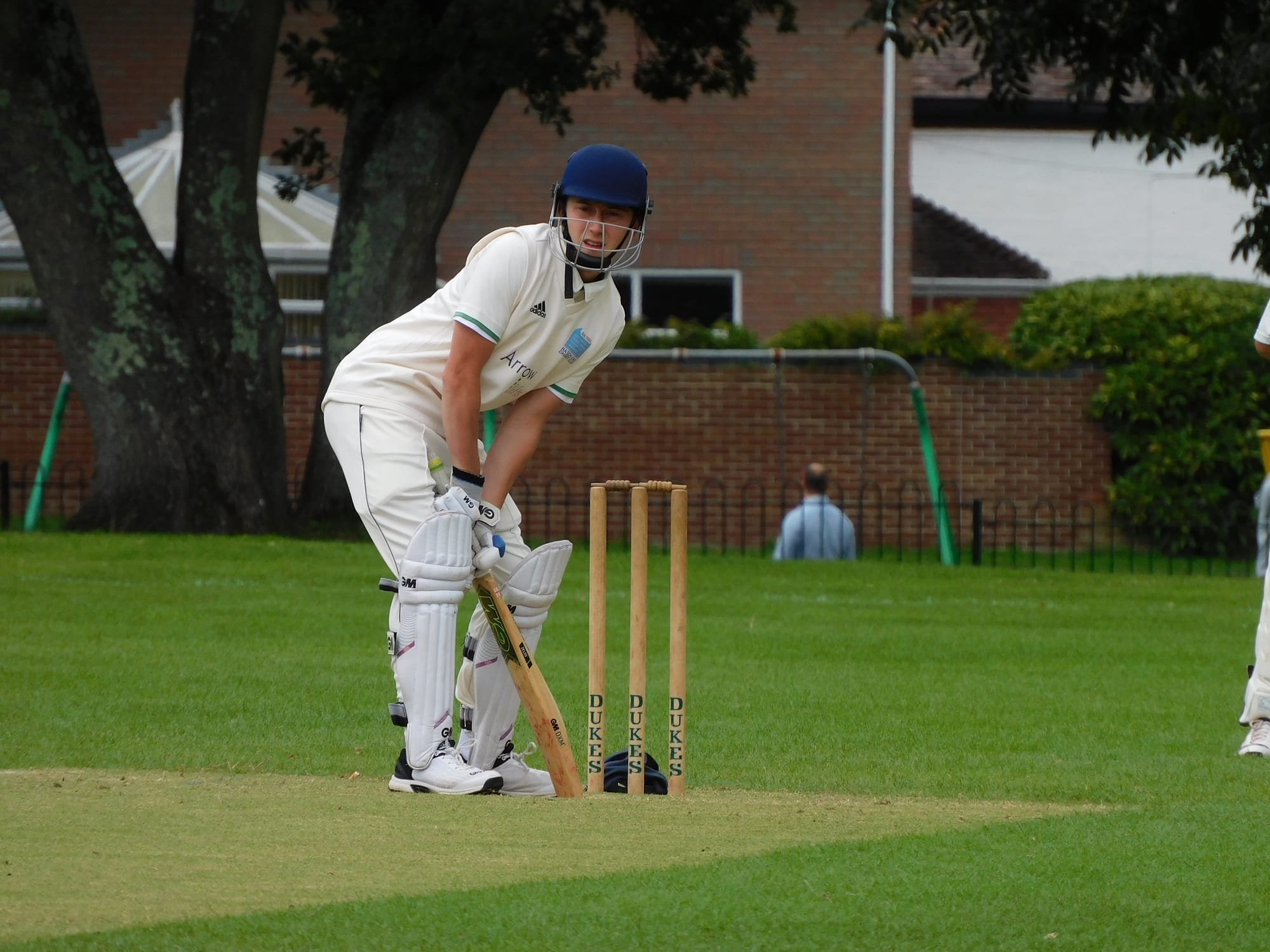 The Bank Holiday Monday fixture saw Dieter Holzmann bring down his Totton & Eling 4th XI to Jones Lane for a 40 over friendly.

Hythe won the toss and elected to bat first Dan Duell missing out on a score with his new young lady watching. Ben Holbrook & and Noah Vaughan meanwhile got to grips and added 99 for the 2nd wicket before Vaughan fell for 70. Holbrook made 51 and there was a useful late flurry from Pete Miller 30 as Hythe posted a par 220-7.

There were 3 wickets a piece for Keegan Holzmann & Mohammed Sohaib.

T&E were soon in trouble with the bat ~ losing both openers thanks to Jack Knight-Owen & Lex Vaughan. Chris Moody 19 & Keegan Holzmann then added 40 for the 3rd wicket. Andy Murkitt then produced 3-21 to rattle through the T&E middle order. Holzmann surprisingly retired at 69* to give others ago and when Sanderson took the last two wickets to fall Holzmann never re appeared so Hythe won by 88 runs.

Thanks to Dieter for the game. He didnt play but kept his camera rolling throughout. So plenty of photos and videos for us to use.