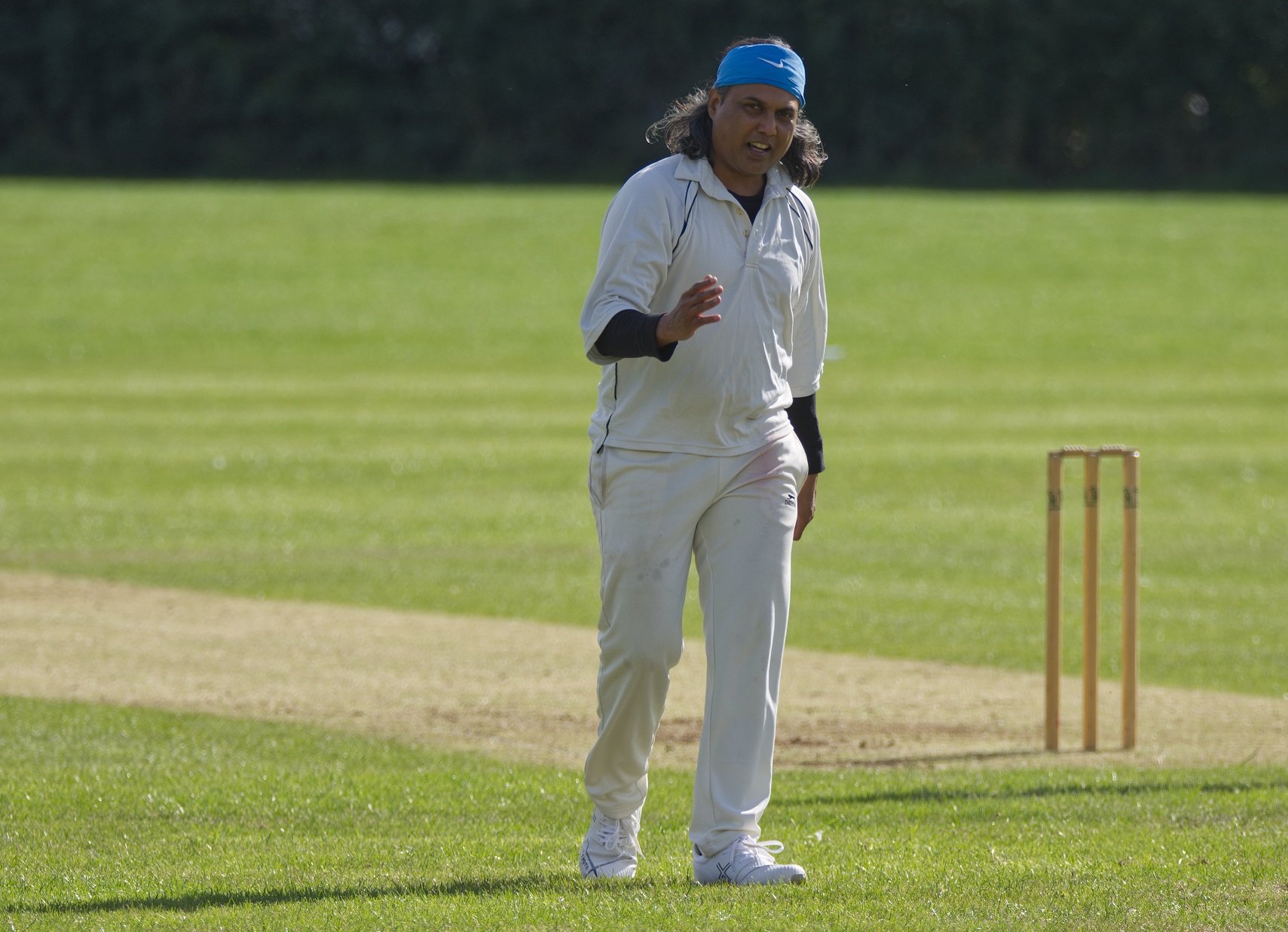 Not often you get a chance in 7 days to revenge a Sunday mauling but Hythe went to Boltons Bench looking for an improved performance. Unfortunately Lyndhurst were slightly stronger this week and on a pitch that Hythe have only won once in 10 years ~ another heavy defeat occurred.

Lyndhurst & Ashurst batted first with groundsman Rob Hodder who produced miracles to get a pitch ready after a week of rain~ opening with James Bradding.

Hythe got an early wicket as Dan Duell looked lively early on. He removed Bradding for 8. But Hodder & Spence then set too the Hythe bowling adding 139 before Spence retired 102* inc 16x4s.

Hythe didnt help themselves with several drop catches ~ mind it was a temperature of minus 2 on the hill. Hodder finally went for 43 much to his disgust judged LBW by Danny AGHA.. Tim Flood batted well for 29 as Lyndhurst ended 240 all out.

6 an over wasnt going to happen for Hythe unless someone scored big  and others supported. Hythe lost Lenny early as he danced down the wicket to be run out for 10. JKO, Wayne Effeny & Dan Duell failed to get 10 between them.

Hythe's innings was built round a superb 94 from Tariq Islam who was given out again LBW. Mossy made a brief 13 whilst Pete Miller was last man out for 20.