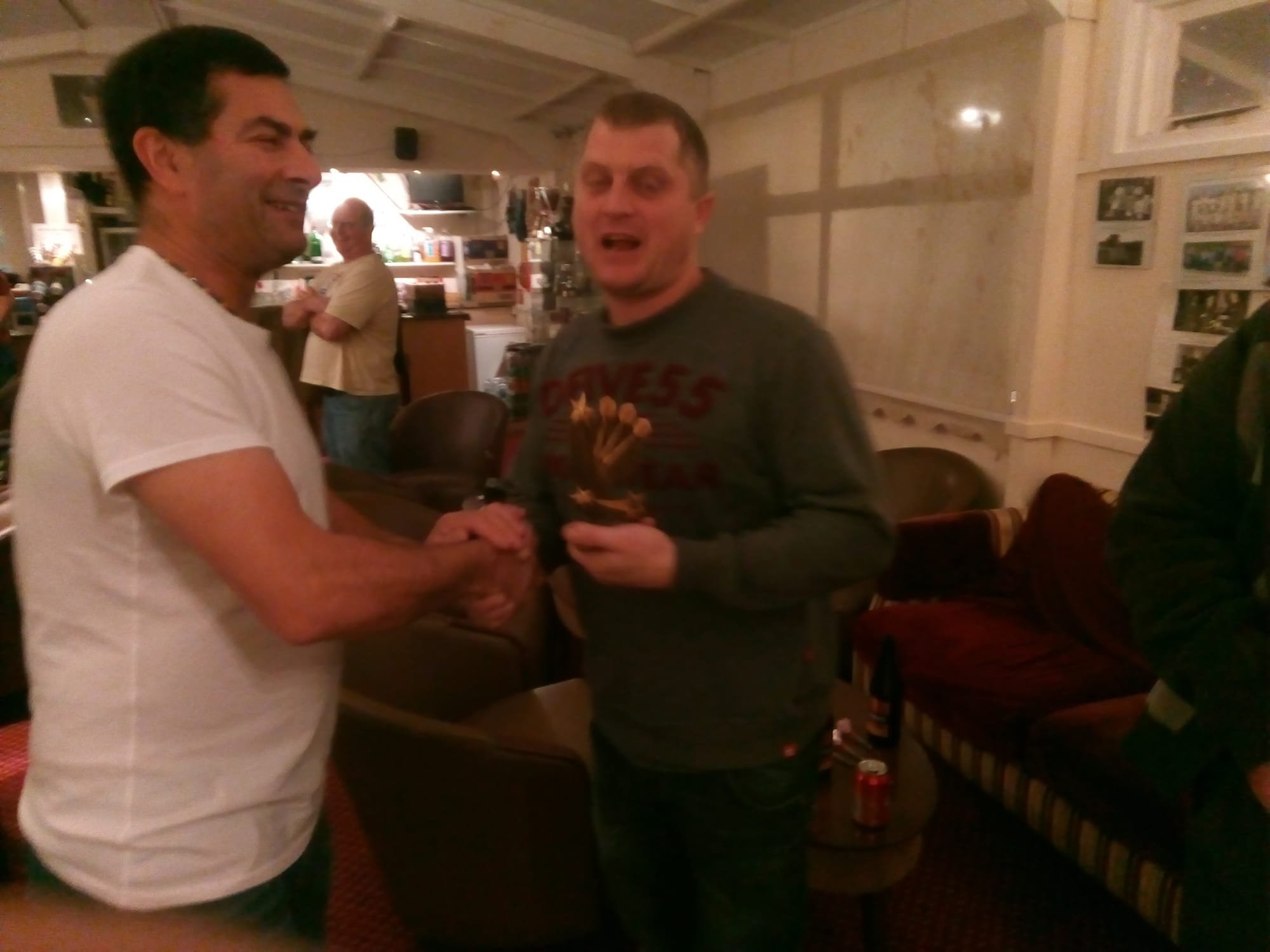 Mondays darts took Hythe down to the Malt & Hops to play their B Side.

Pre match reports that Wrighty's side were at full strength were dented when Andy Munden pulled out after his Curry takeaway was late being delivered.

Wrighty's hands were tied when Bambo had to play up first because of a family illness. Thoughts are with you big man. As expected Bambo's mind wasnt completely on the game and he went down 1-2.

Chiv had no excuses for a torrid performance. Despite being 300 behind in the first leg and top score of 45 he went 1 up. Armstrong won the 2nd leg and some how Chiv shot out on double one to win the game.

Frosty & Rolly up first ~ Frosty carrying the big man throughout in a 2-0 win.

Next we had Charlie VL & Jason Mansbridge. Neither really got going in a 0-2 defeat and finally The Wright's (with the time way past their bed time) struggling to a 2-1 win over Hosey & Lee. 7-2 the final result and Hythe go top even if it is for just one week.