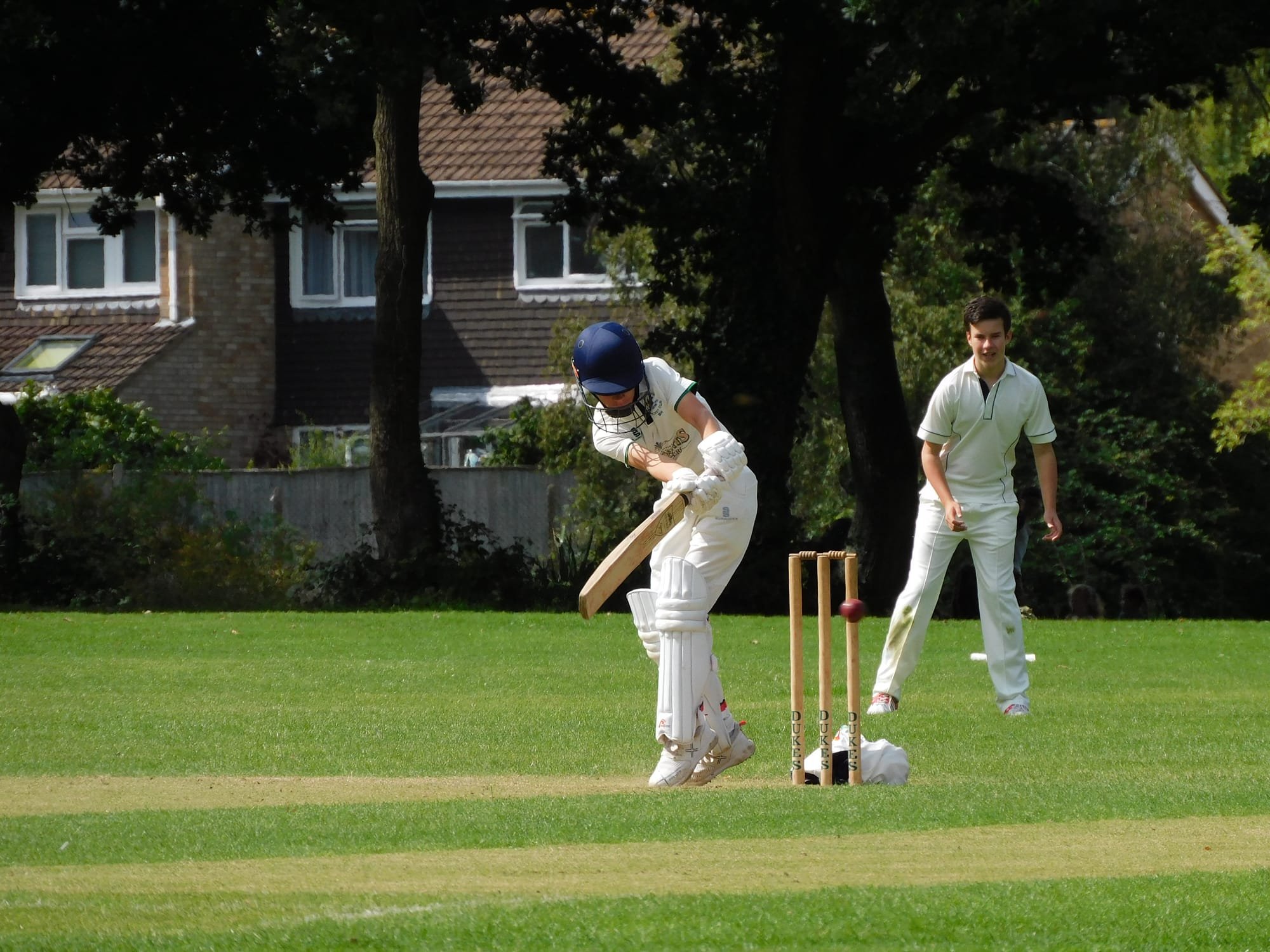 Whose going to be the 1st XI's top run scorer this season ~ Overseas, Gatsey, Richie or the Skipper !!! No one would say Ben Holbrook yet the youngster has started the season in great style.

In a very good pre season opener Hythe beat Trojans by 6wkts after chasing down 203 to win.

Earlier in the day Keegan Fortune & Tim Ndowora bowled superbly early on reducing Trojans to 64 for 1 after 20. Tim finished with 1-21 after 8 and Keegan 1-24. Hythe still have problems with first change though Lex bowled well after an initial 11 ball first over.

Tom Jones 1-20 off 5 bowled well and deserved more overs but Youngie tried spin and the four took some tap. Jonjo looked good at the end 1-13 off 3.

203 to win but Hythe lost Stovell early on for 5. Holbrook & Fortune then added 60 for the 2nd wicket before Fortune received a beauty and out for 30.

Will McKay hit 3 excellent boundaries before falling first ball after drinks for 15. That brought Zac Millar to the crease who looked very rusty early on. Holbrook bought up his fifty before falling with the score on 152.