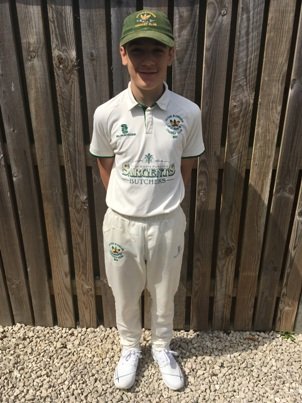 Last season H&D 2nd XI were battered all across Ewart by the free scoring Locksheath side. So they were expecting much of the same this time round as the Locks asked for the fixture to be swapped to Hythe.

The visitors this time were reduced to a par 197-9 off their 40 overs thanks to the fine bowling of 13 year old Ben Holbrook on debut who claimed 5 for 56 on league debut.

The Locks then found Jonjo Stovell in Sehwag mode scoring a quick for 52 sharing in a 63 opening stand with Ryan O'Connor 10 who was in Boycott mode.

George Sanderson then hit a fine 53 supported by skipper Sam Redford they added 42 for the 4th wicket.

Sanderson was 6th man out with the score on 156 but the lower order got home with 8 balls spare for a fine win which took them top of the Mini League for 1 week.