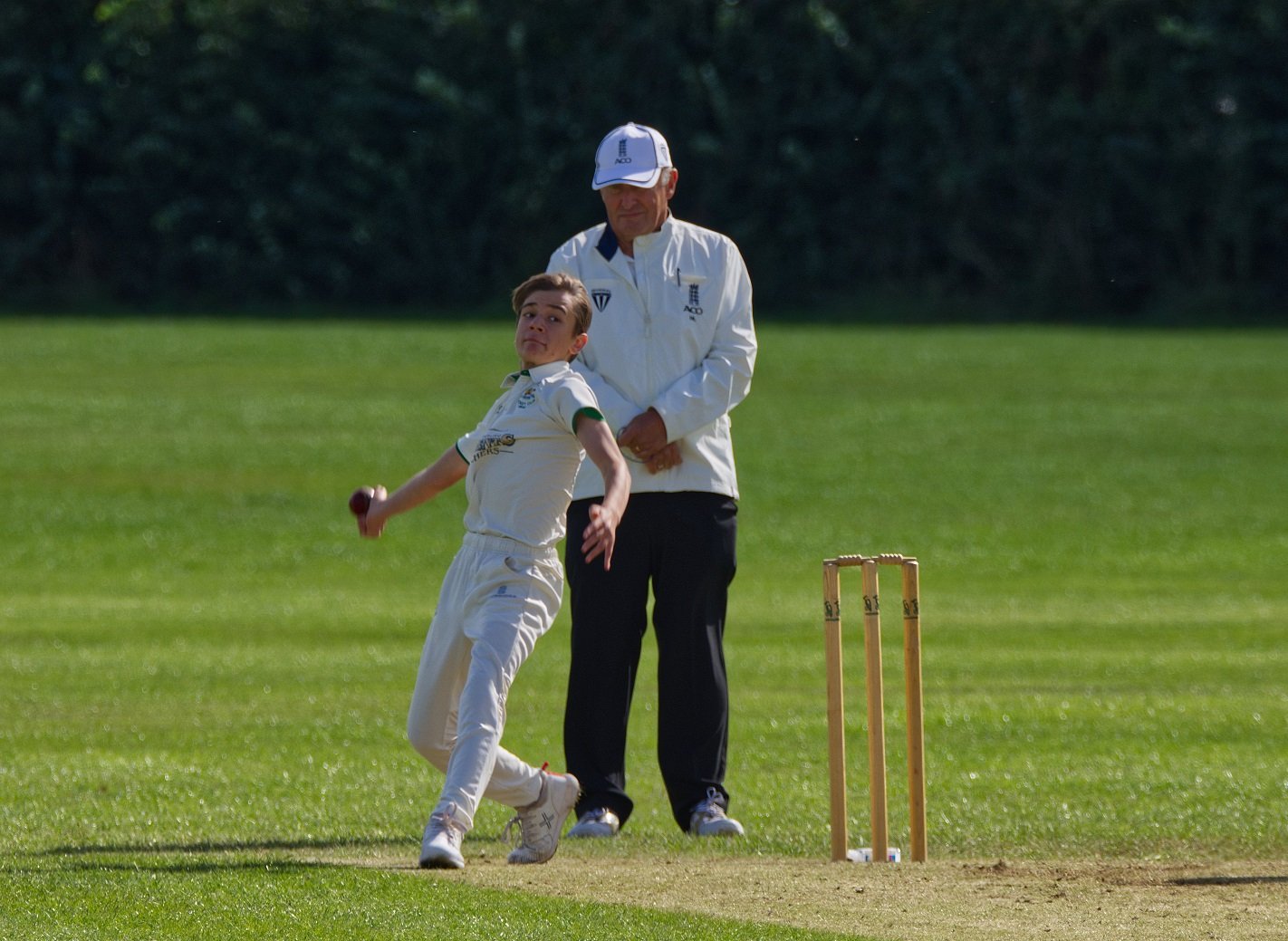 To play at the home of Wiltshire Cricket is a great experience  and the Hythe lads enjoyed their day. Especially 13 year old Ben Holbrook who became the youngest player to play SPL Cricket for Hythe

Rave reviews about the facilities and square but Hythe were up against a strengthened South Wilts 2s side who batted first and piled up 260-6.

Ed Wade made 80 and with Joe Cranch 37 added 106 for the first wicket. Tom Pearce then added 40* but it was Holbrook who finally got rid of Wade caught by Mike Bowman.

Holbrook finished with figures of 1 for 53 off 8. Tom Gates with 3-25 proved Hythe's best bowler on the day.