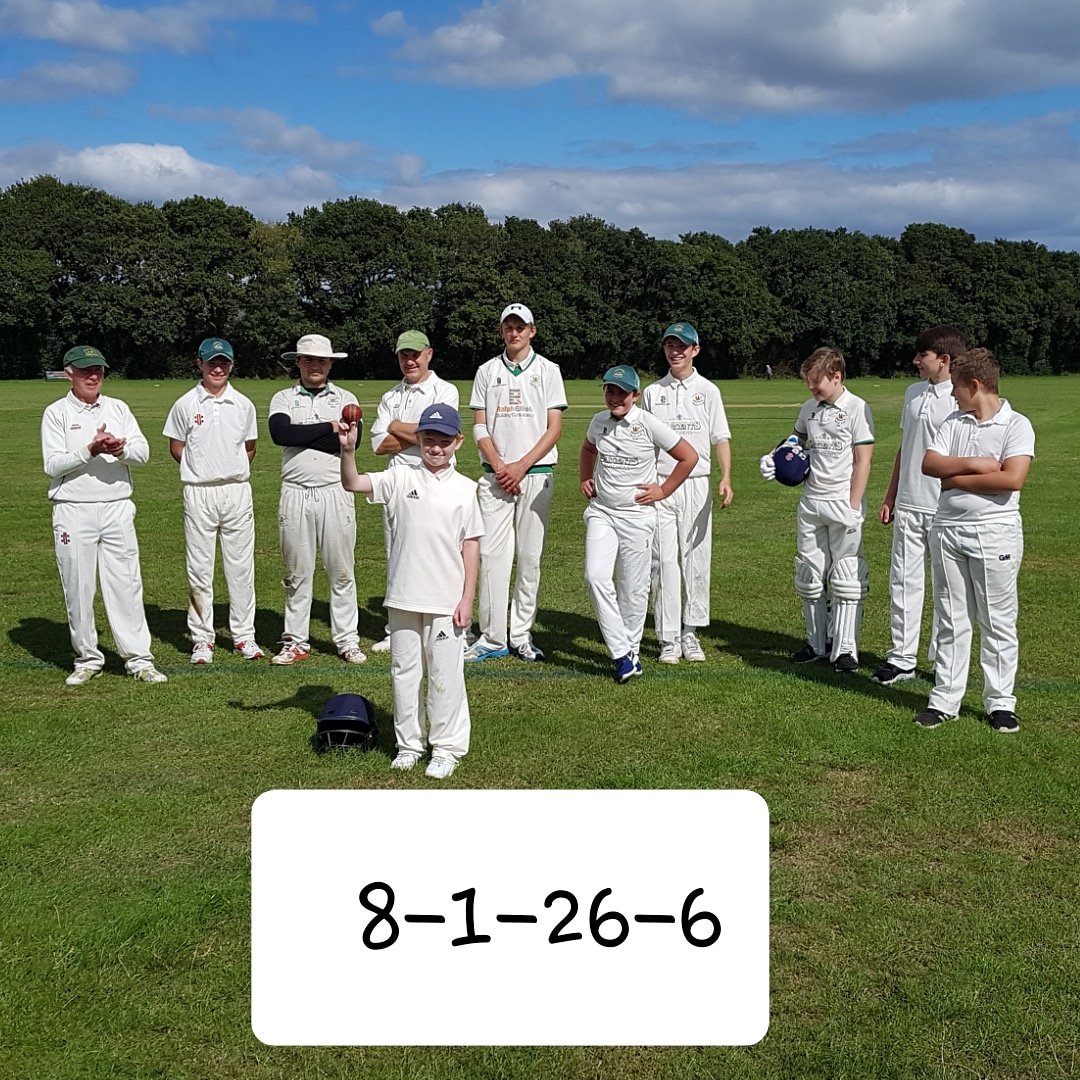 A great game of cricket saw H&D Beat Fawley in the final Woodhouse game of the season.

With both sides very youthful it was Fawley who batted first and looked in good order as Kameron Flaxman & Issac Lovell 25 took them to 77-2. 11 year old Billy Parry then took the wicket of Lovell & Tew before Jack Harris 28 added 61 with Flaxman who made 70.

Wickets then tumbled at an alarming rate. Parry finished with 6-26 to record the youngest ever Hythe 5 for. Zac Moss took 2-4 as Fawley slumped to 154 a/o.

The wicket had recovered pretty well from the previous day but there was reason to be cautious. Hythe too found themselves in trouble at 58-7 thanks to the superb bowling of 13 year old Mo Allam 3-12 off 8 & Josh Banfield 2-24.

However a 8th wicket partnership of 66 between Ben Jones & Billy Parry 10 saw Hythe to 124-8 then Pete Miller 19* helped Jones 62* take Hythe to victory with 3 overs remaining.