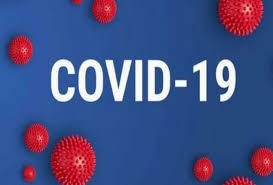 The Hampshire Cricket Board, the Southern Premier and Hampshire Leagues have released a joint statement to help clarify the position regarding recreational cricket in the county and the Covid-19 pandemic.

They say: "On a national level recreational cricket remains suspended, which means that apart from the exceptions which were added to on June 5 - nets, group activity and coaching of no more than 6 people - no cricket activity is able to take place. The ECB continues to make representations to the Department of Culture, Media and Sport to explore ways in which cricket at the recreational level can be made safe and possible in these difficult times.

While cricket fans around Hampshire will be pleased with the recent announcement regarding the restart of England Cricket (v West Indies behind closed doors at the Ageas Bowl on July 8) and County Club fixtures (no sooner than 1st August), this does not apply to the recreational game.

The ECB have made clear in regular calls with parties that, if the recreational game is to return at any point in 2020, this will likely have to be done using both a phased approach and in keeping with strict guidelines.

At the local level both the Hampshire League and Southern Premier League have now confirmed, as per their previous communications to their member clubs that promotion and relegation will now not apply for the 2020 season.

Both leagues are committed to supporting clubs in providing some level of cricket - if and when it is permitted by the government.
On June 3, as part of the regular ECB Premier League call, it was made clear that that while the current suspension still remains in place, options needs to be looked at as to what might be possible in the future.
The current thinking is that activity in groups of 6 should be the first thing, with group sizes increasing in line with government decisions. Guidance on group cricket activity including coaching have been released by the ECB today.
Actual match play in whatever different format is at least a month away – but at this time the current suspension of recreational cricket remains in place."