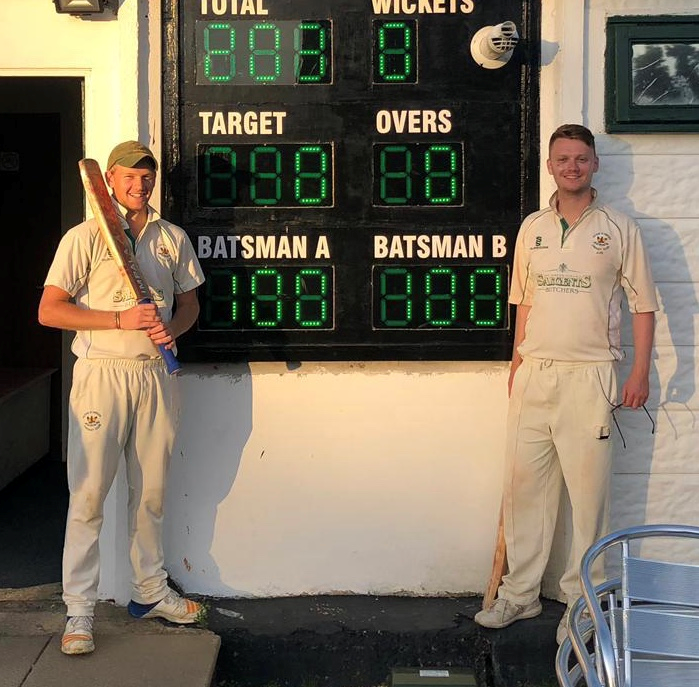 8 Partnership Records were broken in 2019 but just 1 new Club Record.

Meanwhile there was a lot of activity in the Fourth XI ~

The 7th Wkt Record was equalled ~ Martin Duell & Zac Moss 60 vs Langley Manor the same as Sam Fenton & Noah Vaughan back in 2017.

The club now has 4 Double Century Partnerships & the only two digit record is for the 10th Wkt.