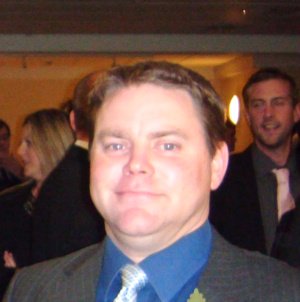 Played For Hythe Since 1993

League Best 8 For 12 vs Andover

Richie joined the club in 1993 after playing for the Marchwood Regiment. He played for the 2nd XI vs Lymington top scoring with 19 & taking 2-48. During the 1995 season he was a key fixture playing for Martin Anderson's 3rd XI where he scored his maiden 51 vs North Baddesley and took to 5 fer's vs Redlynch 5-41 & Hordle 5-18.

By this time Phil Pick was calling for him to play for the First XI but he remained in the 2s for the start of the 1998 season where he again topped the averages for bat & ball with 208 runs inc 77& vs Langley Manor & 19 wickets . Making his First team debut in July he scored another 62 runs in 5 innings & taking 11 wickets. After scoring 88 vs Sarisbury in a pre season friendly there was only one team Froggie was playing for in 1999 where he scored 205 runs. But he found it tough going with the ball - taking just 11 wkts.

2004 saw Froggie captain the side for the first time - surrounding himself with South Africans he admits he didn't really enjoy the season though they finished a respectable 5th. Being captain he dropped himself well down the batting order. That season he scored just 101 runs however he did take 18 wickets. The next three seasons under Simon Dixon's captaincy whilst Richie continued to be a leading force with the ball (15-18 & 24 wkts) his batting suffered from batting to low -in 38 games he batted 26 times and scored just 240 runs. During the 2005 season he played for the Sunday 2nd XI and scored his first Friendly ton vs Sway 100*. Then during Aug of 2006 he reminded the first teamers what he could do with a match winning 56* vs Hamble 2006. He also with his wife Sue took over the Colts Section from Gary & Anne Howe - a job he's done with great success for the past 7 years.

At a bizarre AGM Richie elected to become the 3rd XI captain for the 2015 season stating that he wanted to bat. That he did 393 runs scored in just 9 inns inc 149 vs Brockenhurst 2s and that lead to promotion.

The 2018 Season saw Richie drift between the 1s and 2s but still managed 456 runs for the 2s inc 100 vs Ellingham & 18 Wkts . He was instrumental in helping the First XI taking the Hampshire County 1 Title with a the a valuable 42 @ Burridge. 2019 again saw Richie top the 2nd XI Batting Averages with 330 runs and a highest score of 72* vs Woodgreen.  He also took 13 Wkts.

Over the past forty years Hythe haven't had many more consistant performers than Richie Froggett always giving 110 percent. To add to his playing career - Richie and his wife Sue have spent endless summer evenings building the clubs future with the colts. The training doesn't just start in May but January and goes through to August. To add to this a one year stint as Chairman in 2012 - No questions - Richie deserves to added into the Hythe & Dibden Cricket Clubs Hall of Legends.