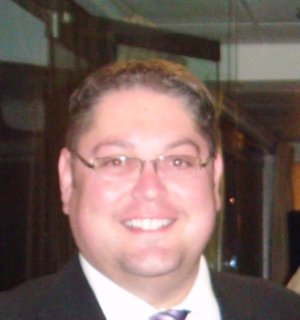 Mike's debut for Hythe was on their Welsh tour back in 1996. He and Si Dixon then played for the 2nd XI whilst still playing for Enichem on a Sunday. When they folded a year later Mike became a regular fixture at Jones Lane but no one could envisage his achievements to follow for the next 10 years.The 1997 season saw him take his first five'fer on the opening friendly of the season vs Sarisbury 5-27, he followed that up with 5-16 vs Highfield in a season that saw him take 17 wickets for the Sunday XI.1998 saw Mike contribute both with bat & ball and he scored his first Second XI fifty 52 vs Cadnam . In fact it could have been a double weekend but he was out for 49 vs Purbrook the following day. 165 runs & 11 wkts for the 2nd XI that year plus 10 wkts for the Sunday XI. The 1999 season saw Mike promoted to the First XI where he took 4-31 vs Crown Taverners. The 2000 season saw Mike take an impressive 25 Sunday wickets including a hat-trick vs PCS Cormorants where he finished with 5-15. The following season he scored 184 runs ( inc 42 vs Bramshaw) & took 9 wickets for the 2nd XI. Mike captained the Sunday XI during the 2003 season which saw them enter the Cross Solent League dominated with Southern League Clubs. Hythe held their own and won 3 games finishing 9th out of 12 - a match winning 4-30 vs Purbrook probably Mike's personal highlight. Mike had a decent league season as well for the 2's - scoring 206 runs and taking 12 wkts.

When he agreed to run the 2nd XI in 2003 little did he know it was a position he would hold to this day. He took on a side that had finished one from bottom of the bottom league. His first season in charge Hythe finished an impressive 6th. Mike was enjoying leading from the front and scored 81 vs New Milton followed by 75* vs the old enemy Fawley. 376 league runs & 17 wkts that season earnt him a lot of respect throught the club. 2004 saw Mike score his maiden club century 105* vs Wimbourne on a Sunday. Another second consecutive mid-table position in 2005 for the 2nd XI and on a Sunday Mike hit his second club ton 117* vs Sampfords from Middlesex.

On tour in Taunton during 2006 - Mike added another century to his bow - 102* vs North Curry sharing in a club record opening stand of 246* with Nardus Grobler. 506 runs in all competitions that season. A 4th place finish in 2007 earnt Mike's 2nd XI Promotion to Regional 2 - as well as this they won the New Forest Cup for the first time. Mike top scored in that final with 26. Bowling was out of the question at that time due to injury but his batting was as consistent as ever. 2008 Mike missed the first part of the season due to illness but he returned to score 224 league runs which earnt the 2's a mid table finish & 259 friendly runs.

Another consistent season in 2009 saw 235 runs inc 65 vs Burley as the 2's finished mid-table again in their new league. His first league ton for the club finally came in 2010 - 106 vs Mudeford. 379 runs for the 2nd XI that season as Hythe finished 7th. They also reached the Stone Cup Final before losing to Sway.

2017 saw Mike once again used more as a bowler which earned him a call up to the First XI for the first time in 10 years.

In 13 seasons Mike had lead the Second XI from the 8th tier of the Hampshire Cricket League to the 4th.

With the endless hours he's spent on the ground & behind the bar for the club it's fitting that he is a true Hythe legend.