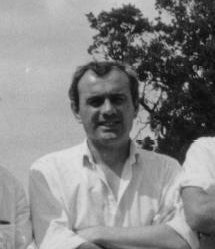 - Scored 4 Friendly Tons with a Highest Score 144* vs Burley

What a shame that this guy missed several seasons with moving away with his work commitments.

Phil Pick described as one of the finest batsman to have played for the club - coming in at 3 or 4 he could rip through a bowling attack.

In 1971 he was at it again scoring 104* vs Basingstoke Social Club and 104 vs Andover - what a shame league cricket wasn't introduced until two years later.

After time away Brian returned and played in the 1976 Sydney Wyatt Cup winning side as a batsman.

As well as his prolific batting Brian was also a very good wicket keeper.