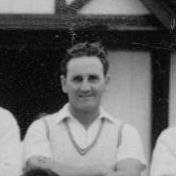 History Of The Woodhouse Trophy

The Woodhouse Trophy run from 2003 - 2020 but unfortunately due to Representative Cricket & Covid the 3 teams involved were struggling to put sides out.

Hopefully in the future we can resurrect the tournament which certainly helped us to bring youngsters into adult cricket.

The Tony Woodhouse Trophy was set up in 2003 with the idea of Hythe using it to bring youngsters into adult cricket. Lawrence Read at Fawley had been doing it for years and together the two clubs invited Beaulieu to form a Triangular Tournament with the sides playing each other once.

After a few trial seasons - In 2007 Sway were asked to join and the three sides have continued to compete ever since with many of their youngsters going on to play First XI cricket for their respective clubs. With thanks to Lawrence & Dave at Sway the competition continues to be played in the spirit Tony use to enjoy cricket for over fifty years.

For the first time in 2015 the title was shared between Fawley & Sway after the final game was rained off. Sway won the tournament outright in 2016 but H&D can be pleased with their performances remaining unbeaten throughout.

Sadly 2017 saw Fawley struggle for players which resulted in them withdrawing from the competition. However with Pete Bennet & Dave Marshall keen to keep the competition going we were delighted to announce that Langley Manor will compete in 2018.

The 2020 season was a shortened season because of covid however we were delighted to see Fawley come back into the Competition which was won by Sway.

•Rules will be the same as normal Sunday Friendly Games with a 2.30 start, 5pm tea and 20 overs in the last hour of play.

•No player who regularly plays in the County Divisions 1-4 will be allowed to play in the competition excluding colts (U17's & below). An exception to this would be the club coach however he must bat 7 or below.

•No bowler to bowl more than 8 overs in the game to enable more people to participate.

•A Winning Side will pick up 12 points

•If a game is postponed because of the weather both sides will collect 6 points.

•If a game is stopped and cannot be finished then bonus points will count.

Tony Woodhouse sadly passed away in 2011 after serving Hythe & Dibden for over fifty years. Through the 80’s Hythe Sunday 2nd XI consisted of Tony, Alan Wiltshire and 9 colts on most weekends. Alan & Tony never complained yet a lot of the higher statesman in the club thought of disbanding the team following several heavy defeats and some objections from the opponents.

Yet Tony & Alan ignored the complaints and many of the players today benefited from those years of cricket. Tony never complained – he was happy fielding in the slips and watching the young lads chase after his bowling efforts. If they dropped a catch off his bowling, he use to shout ‘ never mind you’ll catch the next one’.